Orlando Lopes de Sá is one of the Portuguese designers that MEBO Games is pleased to edit. With us published Porto, a game that has won several national awards and has been accepted by players all over the world. We talked about the experience of playing, creating and human interaction these days.

1. What do you like most about board games and how is it reflected in your creations?

What attracts me in modern board games is the social factor and the fact that everyone around the table connects through an analog element and not through the digital, contrary to what happens with most human interactions in the last decade . In my games, I always try to enhance interaction between players, so that players don’t take their eyes off the game board and, as such, forget about their cell phones or other distractions.

2. You have made many games whose theme is Portugal. For MEBO Games you created the game Porto, which was widely accepted by the critics, even winning many awards. What attracted you when you tried to recreate this city’s iconic riverside area and what were the difficulties you felt when transposing it to the board?

The idea was to start from the principles explained above and use a thematic clothing that would be recognizable by all players (national theme, known icons), where the rules were intuitive, simple, but which would maximize interaction between players. In Porto, there is never really negative interaction between players, because even if a player denies an opportunity to another, he will invariably be opening other opportunities. The game mechanisms resulted in a very natural way (you start building on the ground floor, the floors have to be the same color, when you reach the top you put a roof) and the fact that the houses do not belong to no one, it enhanced the much-desired interaction.

3. One of the outstanding aspects of the experience of playing Porto is the board that is very beautiful and gives a feeling of being there. In fact, you can almost smell the river. How was your relationship with illustrator Luís Levy Lima? Considering that you are an architect, do you feel that this influences the dynamics you have with illustrators?

Usually I have a very close relationship with my game illustrators because I like to be part of the process. As in all areas, sharing know-how always adds, never decreases. And I try to support the illustrators I work with in order to make the illustration process easier for them. In Porto, being my first game, I didn’t have the opportunity to follow the whole process, but I was very happy with the final result. The MEBO development team and Luís did a remarkable job.

4. In time of pandemic, how did you manage your passion for board games? Did you play a lot or did you take the opportunity to advance on your next creations?

It is often said in jest that a game designer only has time for 2 of the following 3 hypotheses: Family, Play, Create. As my family is the number one priority, I have to divide my remaining time between playing and creating. This means that I can never play everything I want to play and that I don’t have the time I want to go ahead with all the projects that are under development. This balance is sometimes frustrating, but it is part of the so-called “growing pains”. Perhaps one day I will be able to work part-time creating games and thus be able to restore a more effective balance between playing and creating. 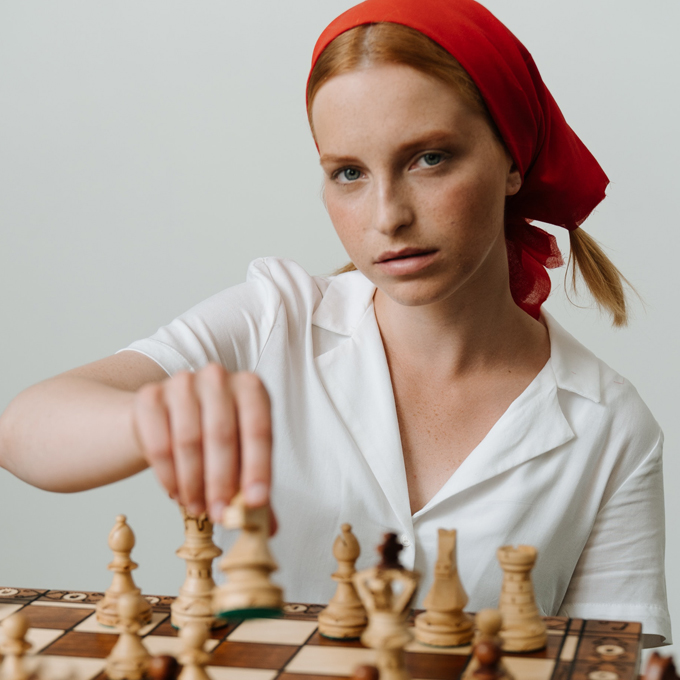 Netflix’s Gambito de Dama series has brought Chess to the mouths of the world. This television adaptation of the book of the same name is one of the most watched and was based on memorable games of this modality to give a special taste to the plot. As might be expected, chess exploded and board sales soared

The curious thing is that Chess, coming from Asia, when it arrives in Europe, has undergone several changes. In the unified Spanish kingdoms, both Isabel I and her husband D. Fernando were fervent supporters of this game. Isabel will not have admitted that a representation of the court did not have a female play. And since she was a woman with a firm hand and great character, she forced the queen to be introduced and that she could walk wherever she wanted and as many houses as she wanted.
And so it was.

It is likely that members of the court were not very much in agreement with Elizabeth I’s views, but no one had the courage to point out her displeasure. I could…

This website uses cookies to improve your experience while you navigate through the website. Out of these, the cookies that are categorized as necessary are stored on your browser as they are essential for the working of basic functionalities of the website. We also use third-party cookies that help us analyze and understand how you use this website. These cookies will be stored in your browser only with your consent. You also have the option to opt-out of these cookies. But opting out of some of these cookies may affect your browsing experience.
Performance
Performance cookies are used to understand and analyze the key performance indexes of the website which helps in delivering a better user experience for the visitors.
SAVE & ACCEPT